This has been a big year in books for us, because our own first book, Linesman, was published this year.  Our second (Alliance) was edited and will be out in February 2016; and we’ve almost finished writing the third.  As a result, neither of us read as much as we’d like to, because we were writing.

Still, here are some of the stories we enjoyed, or that came to our attention, this year.

Even though we write together and enjoy many similar books, we don’t always have the same favourites.  I (Karen) tend to enjoy the harder science fiction and ideas in the stories, while for Sherylyn it’s all about the character. 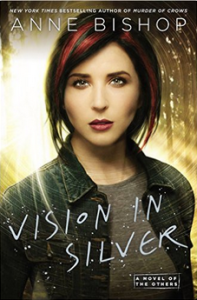 Sherylyn loved Anne Bishop’s Vision in Silver. She loves all of the books in The Others series, and is waiting impatiently for Marked in Flesh. I like The Others too, but so far I have only read Written in Red.

I don’t know that I had a favourite book this year. I was hanging out for Ann Leckie’s Ancillary Mercy. I only read it on the 31 December, and enjoyed it, but haven’t really decided if it was my best book of the year yet. 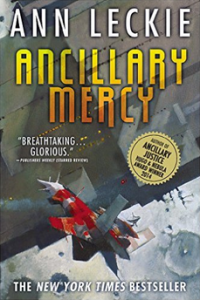 Sherylyn opts for Meg, from Vision in Silver.  I like Translator Zeiat from Ancillary Mercy (although Sherylyn found her irritating).  I was also quite partial to Captain, from Sorceror of the Wildeeps. 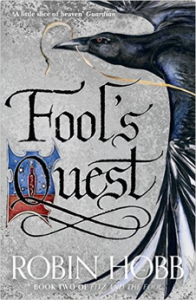 Fool’s Quest, even though we haven’t read it, yet. We’ve got the Jackie Morris covers, and it’s fascinating to see the evolution from drawing to cover on Jackie’s site. 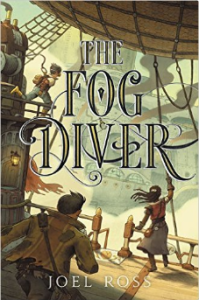 The Fog (nanobots) from Joel Ross’s The Fog Diver.

What can you say about thinking bots that deem humans as dangerous?

Fool’s Quest, book two of Robin Hobb’s Fitz and the Fool series.  This came out in August, and we’ve had it on the bookshelf ever since. We got it at a time when we were doing some heavy editing, so it kind of slipped our mind until now.

Other books we read and enjoyed 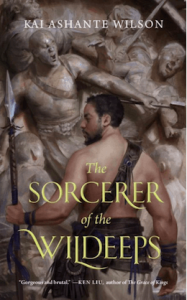 Sorceror of the Wildeeps, by Kai Ashanti Wilson.

I loved the premise of this book. But the ending. No way. It’s the first book in a long time that I’ve flat out decided didn’t end the way the author implied it did. I so wanted to rewrite the end. 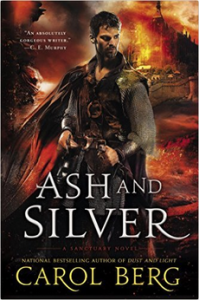 A good follow-up to the first book, Dust and Light.  Lucien had a bit more control of his life (sort of), which was nice. 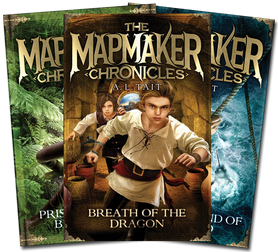 I think we read all of these this year. It’s middle grade, about a race around the world, from the point-of-view of the mapmaker on one of the ships. Should appeal to anyone who enjoyed the John Flanagan Ranger’s Apprentice books.

Joel Ross’s The Fog Diver was another enjoyable book for the same age group.

We binge read through some of Rachel Aaron Bach’s books this year.

That was our reading. Or some of it, anyway. How was yours?

I also binge read the Bach trilogy this year and really enjoyed them. Read Perdition by Ann Aguirre as well – very dark, but I enjoyed enough to read next two books in the series. I shouldn’t have, as characters got annoying in 2nd book and hated 3rd book. Also read, Mind Magic, the most recent in Eileen Wilks Lupi series – Eileen never disappoints. Thanks for great recommendations.

We hadn’t come across Eileen Wilks before.
We’ll check her out.