If you’ve read this blog in the past, you might know I’m a big fan of Jon English and David MacKay’s rock odyssey, Paris. It’s about the Trojan war.

A concept album came out in 1990, with John Parr (who sang Man in Motion, from St Elmo’s Fire) as Paris, and Sheila Parker as Helen of Troy. The album had some impressive talent on it—John Waters, Barry Humphries, Philip Quast, Doc Neeson, John Parr, Sheila Parker, Joe Fagin, Demis Roussos, David Atkins and Terence Donovan. It was backed by the London Symphony Orchestra and London Philharmonic Choir.

It’s one of the albums we listen to a lot when writing.

Paris is a rock opera. I’d never even imagined it as concert. I mean, an orchestra in the back, a choir behind them, and the singers down the front.

It was great, and the singers were superb. 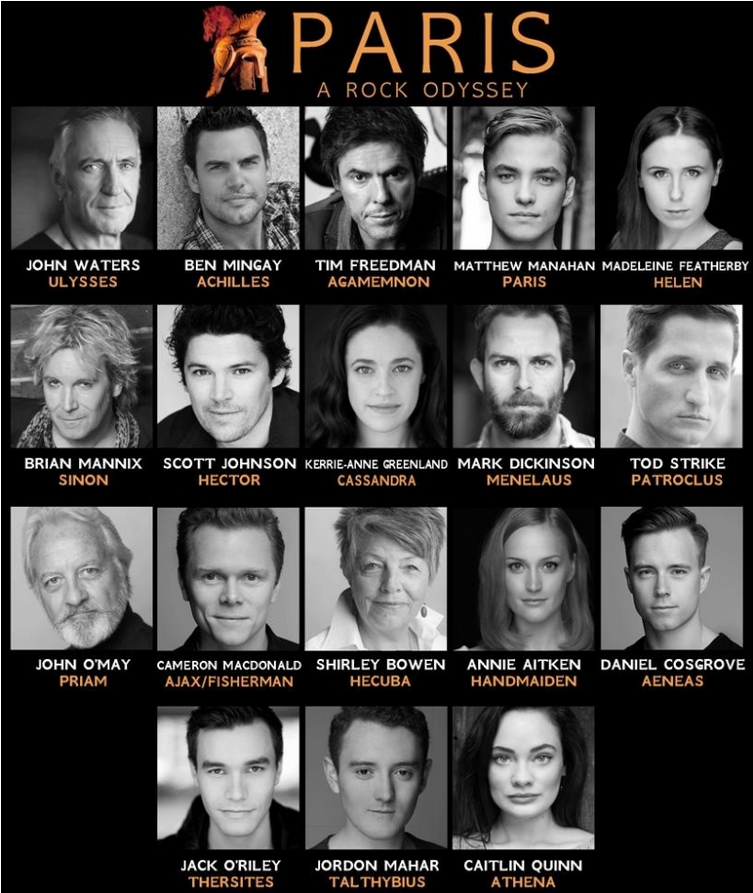 Afterwards, they all sang a Jon English song as a tribute. Fantastic.

Is there video of this anywhere? I love the album but I can’t find anything else about it in the States.

No video that I know, sorry.

For the record, the show was amazing. They made some minor changes that really worked to make Helen and Paris more sympathetic.