The word count is going down … slowly

Home > The word count is going down … slowly

Sometimes our word counts feel like Sisyphus. Cut the words, add the words, cut some more.

We had the first real frost of winter today.  Enough to ice up the car.  It’s only the start of July. It feels like it’ll be a cold winter.

I’m almost glad we’ll be inside with the heater on, editing.

Although, I confess, our heater is great when it’s working, but the thermostat is placed in the one part of the house where it’s always warm.  The passage.  Individual rooms can be quite cold, but it’s always warm and cozy in the passage.

Unfortunately, we don’t live in the passage.

When it gets really cold, we take the remote—which is also the thermostat—bring it into the room where we’re working, and watch the temperature drop.

It’s become a running joke in the house.  “Oh, the thermostat’s bored again.  Wants a different view.  Where will we put it today?”

Sherylyn has finished the first round of cuts on Stars Uncharted.  She got the story down from 128,000 words to 112,000.  Now I’m looking at what she cut, and doing my take on (Editor) Anne’s notes.

Sometimes the word count goes up.

I’m trying not to.

As you can see, I’m always reluctant to cut words we’ve written.  Sometimes I flat-out refuse.  Most times, we sort cuts out away from the computer.  Over dinner, or over coffee.  Or tea.  We did that last night.

There was a section I didn’t want to cut.  Sherylyn did.  We spent half of dinner talking about it, and realised by the end that the real issue was that I wanted this particular scene to show how tense everyone was getting, waiting for the coming battle.  Sherylyn wanted it gone because all they were doing was talking about food.  The food talk wasn’t doing anything about the tenseness of the situation.

Our Goodreads giveaway was going well … until I went in and corrected a typo.  After the competition had started. Silly me.  Now it’s back waiting to be approved.  On a 4 July weekend.  So if you want to enter to win a copy of the whole series – it will come back, I promise.  We’re just not sure when. 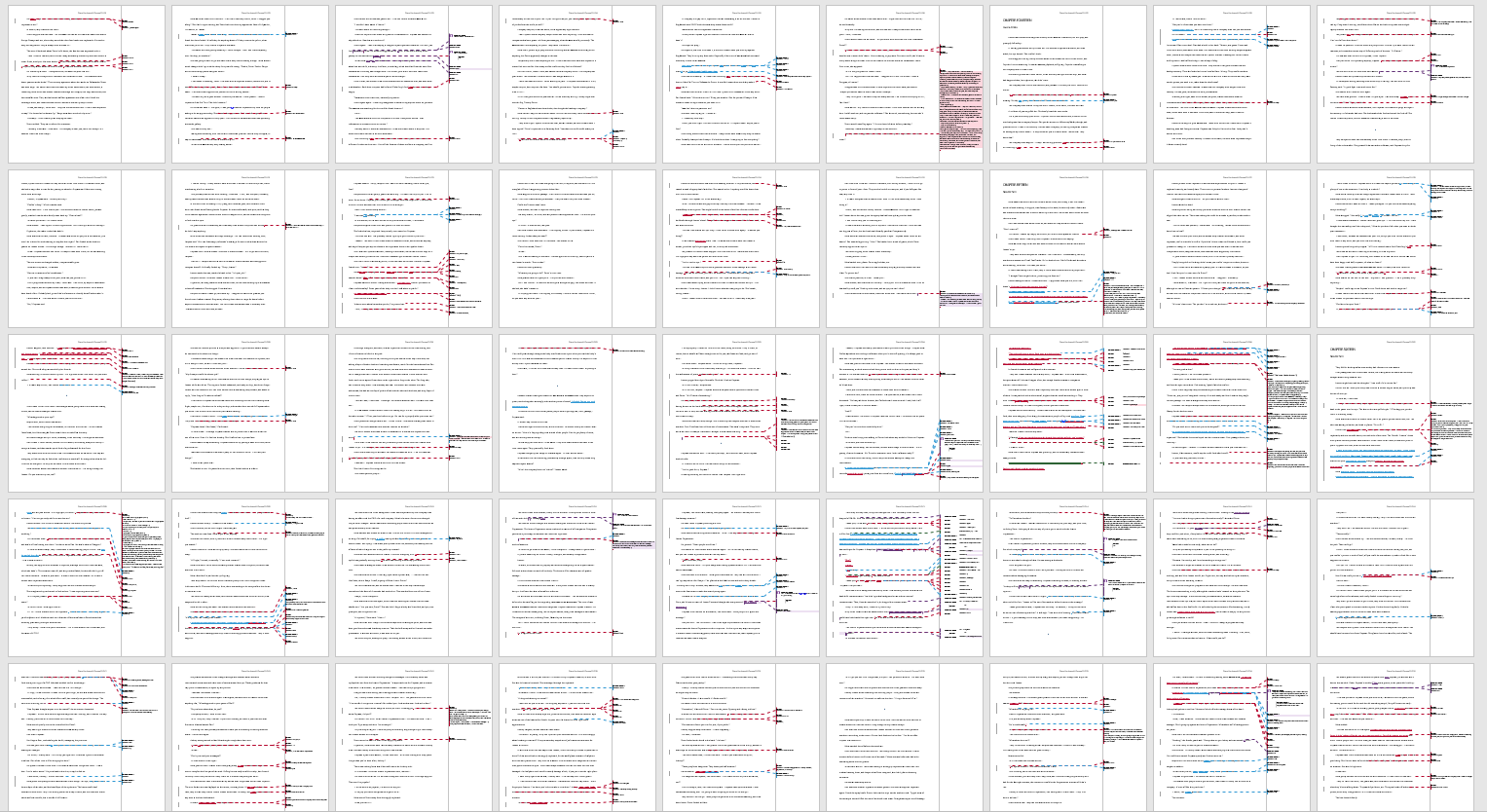 Edits on Stars Uncharted. Sometimes we feel there’s no page we haven’t edited.